free shipping on the guion the lion book!
close
Buy the Book

Get the Inside Scoop

Sign up for our newsletter for updates on everything Guion the lion! 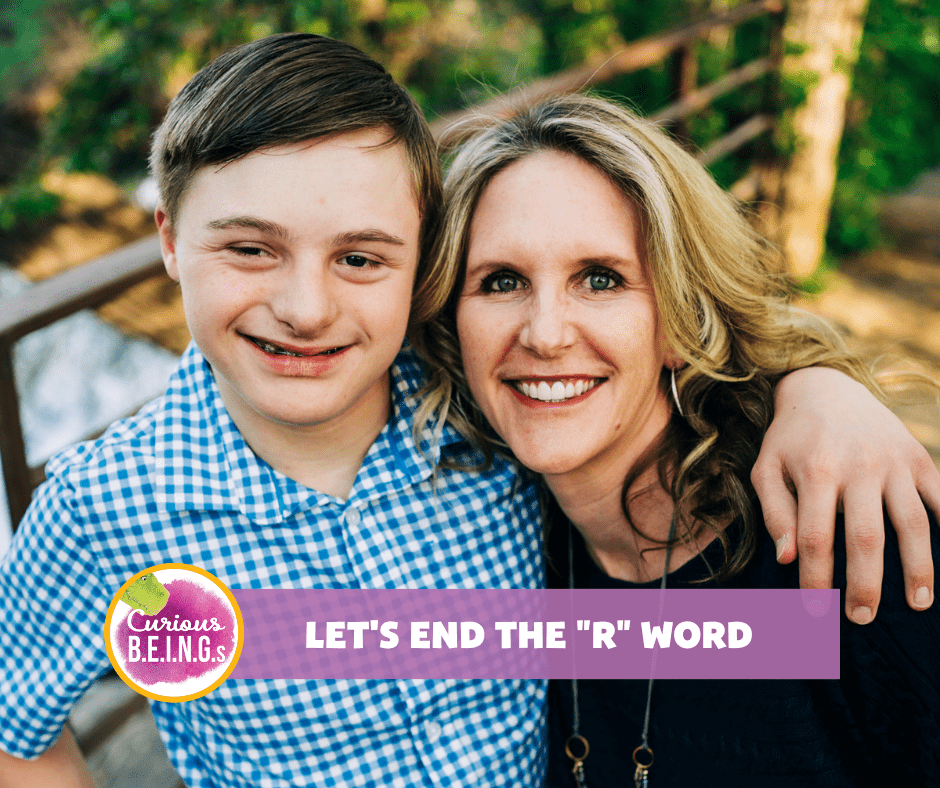 By: Rebecca Macsovits, Author of Guion The Lion

Kids can be cruel. It’s the reason I wrote Guion The Lion in the first place. Not to help those who are older and have been nurtured (most are inherently good) into that space, but to help keep those younger, naive-in-the-most-precious-of-ways minds open just a little bit longer. This way, when society gets a hold of them–maybe, just maybe–they’ll be strong enough to say “no” to being harsh and judgmental of those who are different from them.

My son, Guion, is almost sixteen and he also happens to have Down syndrome. In his almost sixteen years, I, thankfully, have never heard anyone reference him specifically with the “R” word. But I know it happens, and unfortunately, have proof as a friend shared a real example with me recently.

Let me set the stage. It is a hot, sunny day in Denver. Guion and a few friends go to a dog park to walk a friend’s dog and enjoy being outdoors.  There is a playground near the dog park that is a magnet for all kids really no matter the age.  After some time, Guion and another each grab a swing. A group of three teenage boys about Guion’s age are standing off to the side. One of the boys—let’s call him, Richard, says, “Retard alert.” His friend actually says “Shut-up! You can’t say that. That’s mean!” But Richard brushed him off with a cruel laugh as if to say, “Who cares.”

Our friend, Abbey overheard the conversation and was irate. While she was proud of the boy who defended Guion in his absence, she was in disbelief at Richard’s insensitivity and felt compelled to say something. After everyone was done playing, Abbey sent her flock of kids off to the car and walked in the opposite direction to address the three boys, specifically, Richard. She respectfully dressed the boy down, as the saying goes, by acknowledging exactly what he said and asking why he thinks he can just throw insults at others. Richard didn’t back-talk and just crossed his arms and smugly looked at Abbey as she talked.

My heart broke when I learned what happened at the playground. For Guion, for Abbey, and even for Richard. Guion is one of the most kind and caring persons in my life, a role model for those near him in how to treat others. He gives his love freely to those who are kind in return, and almost as important, he is quick to forgive and forget. Sadly, Richard will never have the opportunity to experience that kind of love and forgiveness from Guion.

While this is a true story, Richard’s behavior illustrates just how cruel, close-minded and quick-to-judge kids (and adults) can be. It saddens me that the “Richards” of this world may never understand the beauty of our differences. I don’t know how I would have handled that moment personally. I am grateful for Abbey’s passion for Guion as a person and for her willingness to stand up for him. As a parent, it’s important to know there are people who have Guion’s back in this world because we won’t always be there to protect him.

This situation reminded me why I wrote Guion The Lion–to promote a message of kindness and acceptance. I’m not sharing this story to vent, but to alert parents, teachers and grandparents of the cruelty that can be groomed into our kids if we’re not careful. All kids need to feel loved, seen and accepted as they are. Hopefully, through this story and other efforts we can shape more little ones to grow into open-minded and protective adults.

About Guion The Lion

Guion the Lion is all about presenting messages of compassion, curiosity and adventure ​​before children begin making their own judgments and assumptions. Through the children’s book, parenting/teaching resources, fun activities and more, kids can learn how appreciating differences and embracing new ideas leads to unimaginable fun.

Help us share the message of Guion The Lion by sharing the book with others, supporting the brand on Facebook and Instagram and subscribing to the Guion The Lion newsletter for the inside scoop.